Vanessa Bell née Stephen was born on this day in 1879. A key member in the creation of the Bloomsbury aesthetic, Vanessa was a prolific worker and over the course of her life produced vast quantities of paintings, drawings, interior design and furniture decorations, woodcuts, book covers, textile and crockery designs. There is a large portion of her work in the AG Gift, spanning from her earliest days at Charleston to her death in 1961. 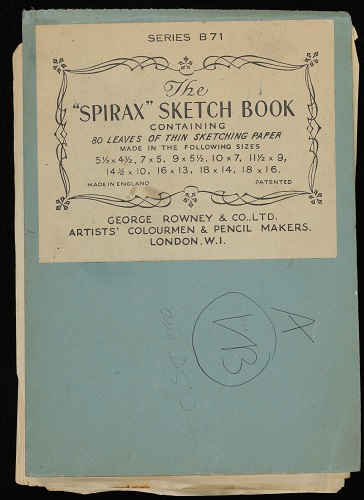 Today, on the day of Vanessa Bells birthday, we are sharing works found in Charleston archives, that celebrate the legacy she left here. 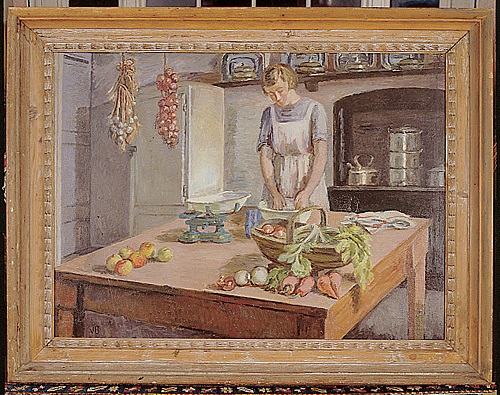 Painted from inside Charleston this image shows a young Grace Higgins, Charleston’s housekeeper (1920-70), in the kitchen  preparing a meal. A basket of fresh vegetables from the garden lay in the foreground these would have been an important part of supplementing rations during wartime. With the help of Grace, Vanessa ran an orderly and welcoming household and Grace’ work meant that Vanessa could paint full time. 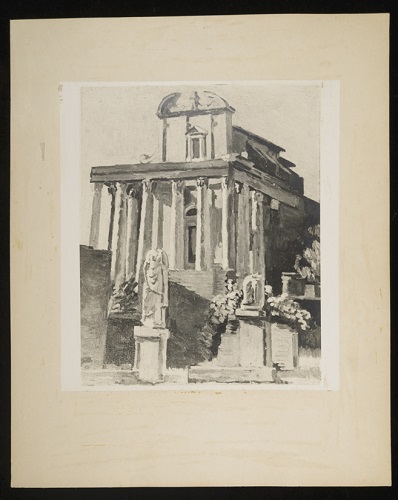 Vanessa’s travels are well documented in the gift and she explored France, Italy and England often in the summertime. Painted during a trip to Rome this image shows a picturesque scene of a church with sculptures that stand on plinths in front of its facade. Vanessa was inspired by both the classical architecture and art of these destinations. Many classical figures and studies are featured within sketchbooks in the gift. 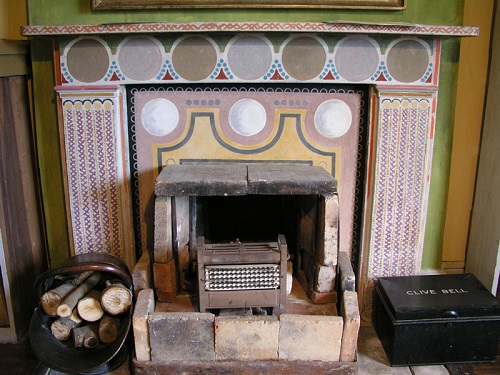 This colourful and modern fireplace painted between 1925 and 1930 shows Vanessa’s skill in abstracted domestic design. Proudly displaying her cross hatching and circular motif this playful piece is perhaps a quinessential example of Bloomsbury design aesthetic. Situated in Clive Bell’s study this is one of the first objects visitors view when visiting Charleston today.